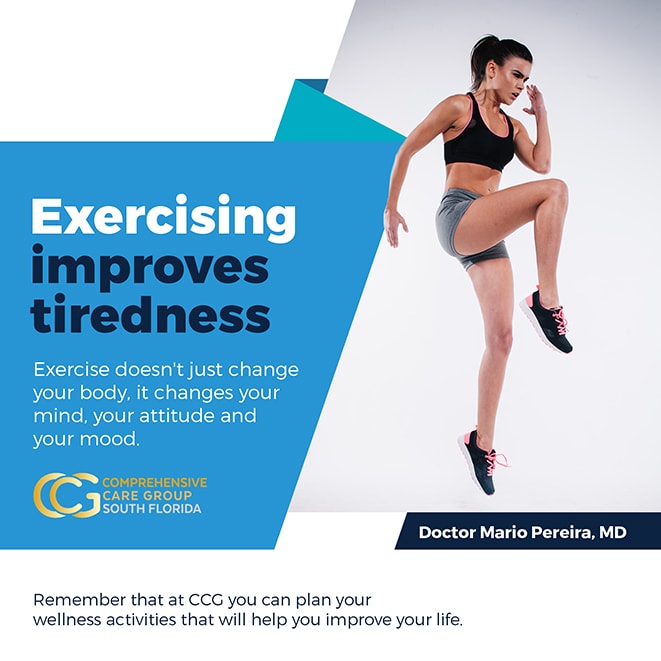 Why Exercise Boosts Mood and Energy

A walk may be better than a nap for boosting energy and fighting fatigue.

We live in a society where people are always looking for the next sports drink, energy bar, or cup of coffee that will give them the extra edge to get through the day. But it may be that lacing up your tennis shoes and getting out and doing some physical activity every morning can provide that spark of energy that people are looking for.

In a study published in Psychological Bulletin, the researchers analyzed 70 studies on exercise and fatigue involving more than 6,800 people.

More than 90% of the studies showed the same thing: Sedentary people who completed a regular exercise program reported improved fatigue than groups that did not exercise.

The average effect was more significant than the improvement from using stimulant medications, including ones used for attention deficit hyperactivity disorder (ADHD) and narcolepsy.

Researchers say nearly every group studied -- from healthy adults to cancer patients and those with chronic conditions including diabetes and heart disease -- benefited from exercise.

How Does Exercise Help Health and Well-Being?

Exercise boosts many areas of wellness because of:
An increase in endorphin levels: Endorphins are our body's natural hormones that get released when we are doing something that requires a burst of energy — they are the things that make us perform, make us move. It's the endorphin release that contributes to the feeling of euphoria commonly known as runner's high.

Better heart health Exercise boosts cardiovascular health, which allows you to have greater endurance throughout the day. The American Heart Association recommends at least 30 minutes of moderate-intensity aerobic activity at least five days a week for overall cardiovascular health. (1) For lowering cholesterol and blood pressure, aim for 40 minutes of moderate- to vigorous-intensity aerobic activity three to four times per week.

Improved sleep Exercise also allows you to get a better night's rest; when you get high-quality sleep, you feel more refreshed during the day. A study published in April 2015 in the Journal of Sleep Research looked at people with insomnia who engaged in a minimum of 150 minutes of moderate-intensity physical activity spread over a week. Researchers found that this amount of physical activity was associated not only with a significant reduction in the severity of insomnia symptoms but an elevation in mood as well.

Sharper focus Mentally, we feel energized and ready to tackle the world after a good workout because endorphins have boosted our physical energy level.

Does exercise have psychological and mental health benefits?

A large body of research has consistently shown that regular exercise is associated with a lower incidence of depression. (1)

While the physical activity itself provides a beneficial effect, the social aspect may also boost mood. Heading to the park, the gym, or taking a group workout class gets you out of the house and interacting with others, which can ease isolation. And loneliness and social isolation are nothing to underestimate when it comes to mental health and well-being. A review of studies published in March 2015 in Perspectives on Psychological Health noted that both actual and perceived social isolation is associated with an increased risk for early mortality. (2)

Which Workouts Boost Energy the Most?

Any exercise or physical activity that gets the heart rate up and the blood flowing and releases endorphins will raise your energy level. Good cardiovascular exercises will strengthen your heart and give you more stamina.

According to a review of studies published in March 2014 in the Journal of Science and Medicine in Sport, Aerobic exercise is among the best when it comes to helping ease symptoms of depression. (3)

But lower-intensity exercise, such as yoga, has also shown potential benefits when it comes to mood. Research suggests yoga may help reduce depression and anxiety. A study published in September 2016 in the journal Depression and Anxiety found that six weeks of yoga and standard treatment for depression reduced depressive symptoms. (4)

Which are the best energy-boosting exercises?

You choose. It has to be enjoyable that serves the aerobic goal. Dr. Pereira, one of our primary doctors, points out that it's essential to maintain a healthy diet, cut out the sweets, and increase protein to rebuild muscles to reap the most benefits from your workouts.

Pick something that you enjoy. Play a game of basketball, football, or tennis. Go jogging or walking with a friend, or go for a bike ride. Take some time for yourself and rock out to music or watch a favorite TV show while you step away the miles on an elliptical or stair-climbing machine at the gym. Go for a hike, or take your kids outside to the park and play with them. You can also try aerobic classes.

The key is to find what you enjoy, stick with it, and reap the ongoing benefits of a regular workout routine.